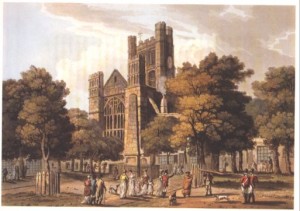 Thomas Linley the younger (the ‘English Mozart’) was born at the Abbey Green, Bath on 7th May 1756 and was baptised at St. James’s Church, Bath on 11th June.

He was the third child and second son of the composer, harpsichordist and singing teacher Thomas Linley (1733-1795) and his wife Mary. The whole family was remarkably musically talented; besides Thomas junior, their daughters Elizabeth Ann, Mary and Maria all became accomplished singers and their son Samuel a notable oboist.

Although it was fashionable for musically gifted young children to be brought to the public’s attention in concert rooms, Thomas Linley the younger was, by any standards, one of the most musically prodigiously talented individuals ever to have been seen in England.

The composer Matthew Cooke (1761-1829), in his biographical account of Linley entitled ‘Reminiscences’ (published 1826) states that he, “gave such early and strong passion for music, as determined his Father to fix him in that Profession; and accordingly, the stripling studied the Rudiments of Music under his father, …..and was, by the tuition of his Parent, perfectly grounded in both Theory and Practice. The Child’s assiduity, and the rapid progress he made, called forth his Father’s approbation”.

As no other member of the Linley family played the violin it is assumed that the young composer learnt his skill from David Richards who was a prominent soloist and orchestral leader in Bath at that time.

The earliest known concert in which Linley played in was announced in Boddely’s Bath Journal of 25th July 1763, in which the following appeared, “For the Benefit of Mr. Linley. At Loggan’s Room at the Hot Wells on the 29th Inst. Will be perform’d A Concert of Vocal and Instrumental Music. The Vocal Parts by Mr. Linley, Mr. Higgins and Master Linley. The First Violin by Mr Richards of Bath. End of the 1st Act a Concerto on the Violin by Master Linley, a child of seven years old. End of the 2nd Act an Elegy of Jackson’s by Mr. and Master Linley and Mr. Higgins”.

In the same year the seven year old Linley commenced musical studies with William Boyce – lessons that were to continue over the next five years.

At the age of 10, with his sister Elizabeth Ann, he appeared at Covent Garden Opera House playing the part of Puck in the Masque “The Fairy Favour” by Thomas Hull. The Lloyds Evening Post of 3rd February reported the occasion: “Nor can enough be said of the little boy, who plays the part of Puck; his singing, playing on the violin, and dancing the hornpipe, are all beyond expectation, and discover extraordinary abilities in one, who must be considered a child”.

In a letter to William Jackson dated 11th May 1768, the painter Thomas Gainsborough said, “I have begun a large picture of Tommy Linley and his sister………I suppose you know the Boy is bound for Italy at the first opportunity”.
The 12 year old Linley left for Italy the same year to study under the famous violinist Pietro Nardini (1722-1793). 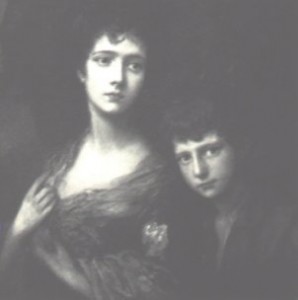 Miss Linley and her Brother Thomas by Thomas Gainsborough c.1768

In April 1770 while still in Italy Linley met Mozart. They were exact contemporises and became firm friends, later regularly corresponding with one another.

On 21st April 1770 Mozart’s father, Leopold, writing to his wife Anna Maria said, “In Florence we found a young Englishman who is a pupil of the famous violinist Nardini. This boy, who plays absolutely beautifully, and has Wolfgang’s height and age, came to the house of the learned poetess Sgr. Corelli, where we happened to be visiting on the recommendation of M. L’Augier. The two boys took turns performing all evening while constantly embracing one another. The next day, the little Englishman, a most charming boy, brought his violin to where we stayed and played all afternoon with Wolfgang accompanying him on the piano…….Little Thomaso accompanied us home and wept the bitterest tears because we were leaving the next day”.
The musical historian Charles Burney met Linley in Italy in the following September and wrote, “The ‘Tommasino’, as he is called, and the little Mozart, are talked of all over Italy, as the most promising geniuses of this age”.

Linley, now 15 years old, returned to England to perform in the 1771/2 Bath concert season. He was regularly leader of the orchestra or soloist at Bath from 1772 to 1776 and at Drury Lane from 1773 and 1778 where he played concertos between the acts of oratorios.  He returned to his studies with Boyce. 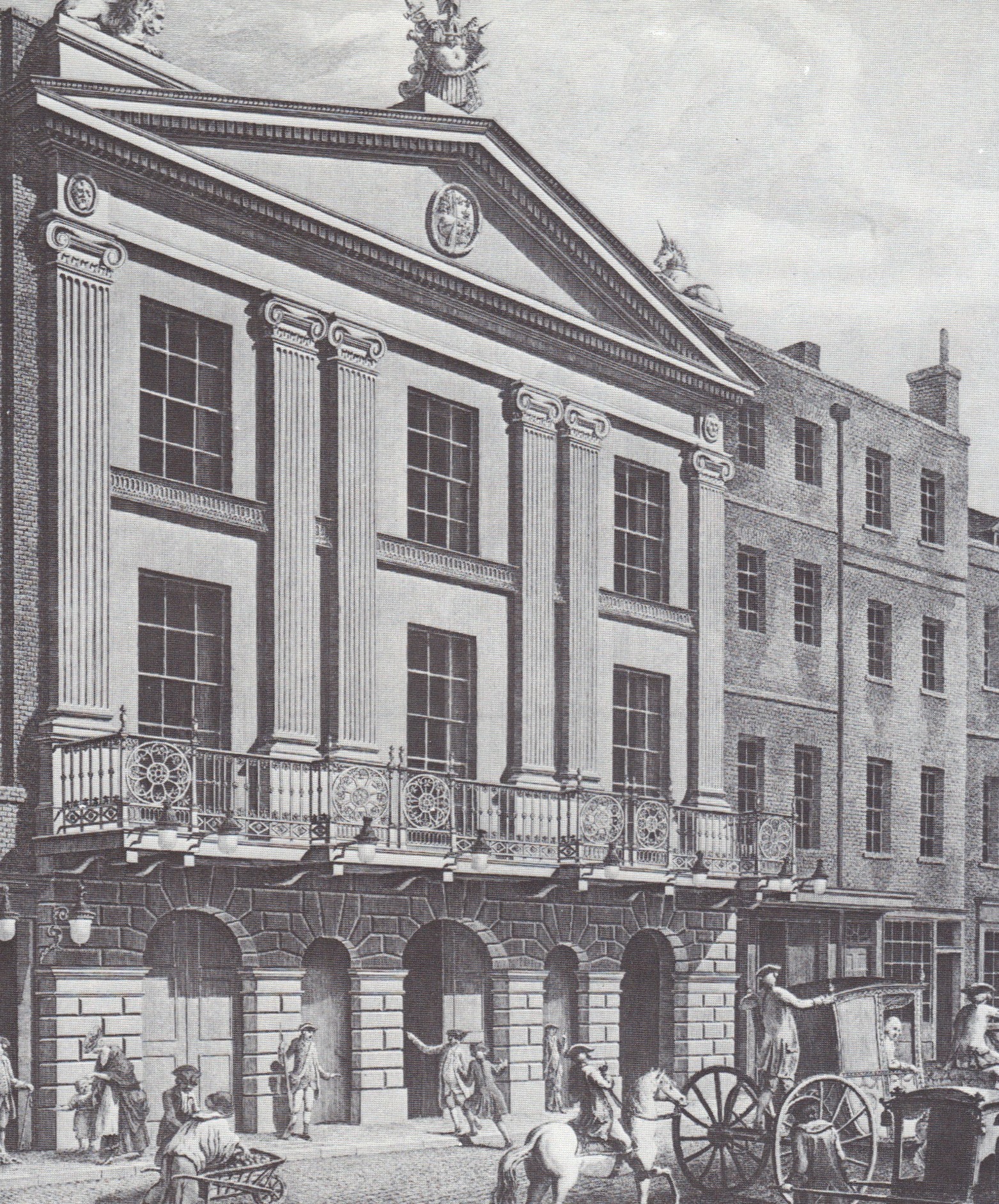 On 8th September 1773 Linley’s first large-scale work (Let God Arise) was performed. This was at the Worcester Festival. Matthew Cooke stated that, “This Production confirmed his Talents with the Public”.
Linley was now much in demand as a violinist – as reported by Cooke, “……his industry and perseverance made him indefatigable. He was One of the most eminent Violin Performers of the age; between the years 1771 and 1776 he composed no less than Twenty Concertos for the violin….Many of these were performed by him…..at Drury Lane ….and were received with the most unbounded applause”.
It was around this time that he wrote such remarkable works as The Song of Moses and incidental music for The Tempest and Sheridan’s The Duenna. 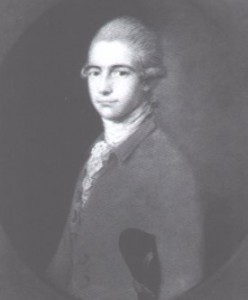 In 1776 Linley composed his magnificent Shakespeare Ode (Lyric Ode on the Fairies, Aerial Beings and Witches of Shakespeare). A writer in “A Dictionary of Musicians” in 1824 said, “Neither Purcell nor Mozart ever gave stronger proofs of original genius than could be traced in this charming ode”. The Morning Chronicle of 21st March 1776 gave a particularly enthusiastic account of a performance: “The composition must be allowed to be an extraordinary effort of genius in so young a man……..the fugue of the overture is masterly……..the song “There in old Arden’s inmost shade”…would not disgrace a Sacchini or Bach……….the oboe song in the second part…shews this young composer has the brilliancy and warmth of invention so peculiar attendant on the spring of life………….His merit, even at this early time of life, is certainly sufficient to challenge the warmest encouragement from the public, even though our Amateurs should not yet be brought to overlook the misfortune of his being – an Englishman”. 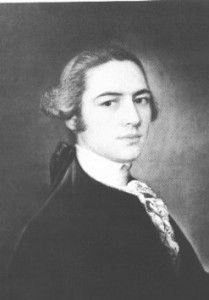 The Morning Post of 16th March 1778 after a successful performance by Linley, also reveals an attitude of the general public towards English composers, “…..the very warm applause he received last night proves that an English audience will give proper encouragement to true merit and genius, even though it is the production of their own country”.

In July 1778 Linley went with his sisters to Grimsthorpe Castle, Lincolnshire as guests of the Duke of Ancaster and his family. On 5th August Linley went boating on the Castle lake with two friends. During a storm the boat overturned and, whilst attempting to swim ashore, the 22 year old Linley tragically drowned. It was reported in the Morning Chronicle on 11th August, “On Wednesday last Mr. Thomas Linley……fell into a lake belonging to his Grace the Duke of Ancaster…..and was unfortunately drowned; he remained under water full forty minutes, so that every effort made to restore him to life proved ineffectual. This accident has deprived the profession to which he belonged of one its principal ornaments, and society of a very accomplished and valuable member”.

Linley was buried on 11th August 1778 at Edenham Parish Church.

His sisters Maria, Mary and Elizabeth Ann died of consumption in 1784, 1787 and 1792 respectively and his brother Samuel drowned in 1795. Thomas Linley senior died in November of the same year, it was said at the time, of a broken heart.

Thomas Linley the Younger A Lyric Ode on the Fairies, Aerial Beings and Witches of Shakespeare (The Shakespeare Ode)
Music for The Tempest
Overture to the Duenna
In Yonder Grove
Ye Nymphs of Albion’s Beauty-Blooming Isle
Daughter of Heav’n, Fair art thou (Darthula)

Linley – The Songs of Moses

13 thoughts on “Thomas Linley the Younger”