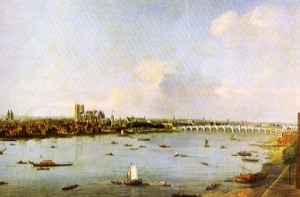 Britain in the Eighteenth Century witnessed a period of unprecedented prosperity. This was chiefly the result of a comparatively stable democratic Government and a flourishing international trade with a growing number of colonies supported by trusted financial institutions.

Consequently, many industrious and successful merchants, traders, craftsmen and professionals (the new ‘middle’ class) found they had the time and money to visit opera houses, music clubs or, in London, one of the pleasure-gardens such as Vauxhall or Ranelagh to hear the latest concertos and songs. Thus England become the vibrant musical centre of Europe to which, not surprisingly, a great wave of continental musicians emigrated to seek fame and fortune. Amongst these of course was the great George Frideric Handel.

But although Handel dominated the opera house and the world of the oratorio, it fell to others to provide the majority of the music in the theatre, the church and chamber music in the home.

Many of these composers, although very popular in their lifetimes, have for 250 years been generally ignored. In all probability the main reason for this was that their music simply went out of fashion, with most baroque music concerts in the 19th and early 20th centuries consisting of oratorios i.e. music predominately by Handel and Bach.