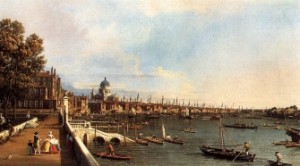 The Thames London, from the terrace of Somerset House, the City of London in the distance painted by Antonio Canaletto (1697-1768)

William Boyce was born in 1711 in Maiden Lane (now Skinners’ Lane) in the City of London. His exact date of birth is unknown but we do know that he was baptised on 11th September, 1711 at the church opposite his home: St. James’ Garlickhythe. As three, ten and eight days separate the respective births and baptisms of his brother and sisters, it is reasonable to assume that William Boyce was born at the beginning of September 1711.

The church of St. James still stands today; just north-west of Southwark Bridge. It is sometimes referred to as ‘Wren’s Lantern’ on account of its shape and the amount of light admitted through its large number of windows.

William was the son John Boyce, a cabinet maker, and his wife Elizabeth. They had moved to Maiden Lane in the first half of 1711 shortly before William’s birth.

The exact location of their home in Maiden Lane (Skinners’ Lane) can be identified as on the north side just east of Doby Court. William was the last to be born of their four children.

In February 1722 William Boyce’s father was appointed Beadle to the Joiners’ Company. The post carried with it accommodation for the Beadle’s family in the Joiners’ Hall. When the Boyces moved in to the Hall in May 1723, William was 11, his older sisters Joanne and Elizabeth were 19 and 13 respectively and his brother John nearly 17.

At the age of twelve William began his musical education when he became a chorister of St. Paul’s Cathedral (completed approximately 25 years previously) under the musical direction of Charles King. When William’s voice broke he was accepted as a pupil to the composer Maurice Greene who was the Cathedral organist.

At the age of 24 Boyce took up his first musical post as organist at Oxford Chapel, Vere Street, Cavendish Square, London. He was taught at this time by the German born composer John Pepusch who gave him his great love for church music of the past. Boyce taught the harpsichord at various nearby schools. About this time his hearing became gradually impaired. A tragedy that did not lessen his love for his musical studies. 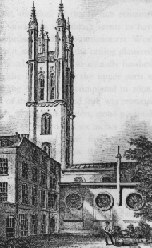 Boyce applied in 1734 to became organist at the Wren church of St. Michael, Cornhill. He failed to secure the position but two years later applied again and this time was accepted and engaged at a salary of twenty pounds per annum. On 21st June 1736 he became composer to the Chapel Royal. In this post he composed some of his greatest anthems and church music. This was also the year in which Boyce composed the oratorio, David’s Lamentation over Saul and Jonathan with words written by his friend John Lockman. It was first performed on 16th April 1736 at the Apollo Society which had been founded by Maurice Greene in 1731. It was also performed on 18th August 1737 at the Town Hall, Windsor in aid of “the Widows and Orphans of the Gentlemen of the Choir of St. George in Windsor Castle”.There was a Dublin performance in September 1744 for which Boyce made many changes to the score.

This year saw his appointment as conductor at the Three Choirs Festival (Gloucester, Worcester and Hereford). It was for one of these festival meetings that he wrote his ‘Worcester Overture’which was later published as Symphony Number 8.

In 1739 Boyce composed his Ode for St. Cecilia’s Day to a text by his friend, the amateur poet John Lockman. In writing this Ode Boyce followed in the footsteps of his two chief teachers, Greene and Pepusch who also wrote music in St. Cecelia’s honour. Although composed for the Society of Apollo and St. Paul’s Cathedral Choir, it was also performed in Dublin on Wednesday, 17th December 1740 by the Philharmonic Society. The Faulkerner’s Dublin Journal reported that it “was allowed by several of the best Judges here, to be one of the grandest Performances that hath been heard”.The work remained in their repertoire for the next five years.

In 1740 Boyce wrote the short opera Peleus and Thetisusing a text by Lord Lansdowne.

In 1743 he wrote music for the play ‘Solomon’ by Edward Moore. The work was frequently performed, but being judged mildly rude, was seldom performed after about 1800. One song however, ‘Softly Rise, O Southern Breeze’ remained popular for another fifty years. In 1762, after a performance of Solomom, the music critic John Potter wrote “……a fine piece of composition! It has a number of beautiful strokes of genius, it is fine, it is elegant and subline….how delicate the airs in it, how charming the melody! Can anything be more so? Really it is almost impossible.”

1747 saw the only publication of any of his chamber music. This was his sonatas for two violins with ‘cello or harpsichord. It confirmed his position as one of the leaders of English musical life.

The trio was in general decline in England in the 1740s but these compositions brought it back in to fashion. Six hundred and thirty one people and organisations subscribed to Boyce’s sonatas (an average number was 75 to 100) including the composers Handel, Arne, Pepusch and Greene.

With less of a distinction between chamber and orchestral music than in present times it was expected that the sonatas would sometimes be played by an orchestra. The odd numbered Trios appear to be structured more for playing by an orchestra while the even numbered ones are thought more to suite one player to each part.

According to the musical historian Charles Burney (1726-1814) Boyce’s Trio Sonatas “were longer and more generally purchased, performed and admired, than any productions of the kind in this kingdom, except those of Corelli” and were “in constant use, as chamber music in private concerts” and were “in our theatres…..public gardens, as favourite pieces, during many years”.

In the summer of 1748 he married a lady named Hannah – her surname remains unknown. They started their married life in a house in Quality Court, Chancery Lane. Hannah presented her husband with a daughter (born 29th April 1749) and a son, William, fifteen years later. Their son went on to become famous in the music world as a double-bass player in the London orchestras. 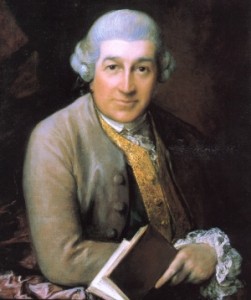 In 1749 a new organ was installed in the church of Allhallows the Great and Less in Thames Street. Boyce was chosen as organist. In the same year he wrote the music for an ode written by William Mason for the installation of the Duke of Newcastle as chancellor of the University of Cambridge. The ode was performed on 1st July and the following day his anthem O be joyful was played at Great St. Mary’s church as an exercise for the degree of Doctor of Music which the University conferred on him on 3rd July.

In the 1749/50 season The Drury Lane Theatre Company under David Garrick was 84 strong and the first of the season’s five new productions was a musical entertainment called ‘The Chaplet’ with words by Moses Mendez. Following Garrick’s invitation Boyce composed the music.

Boyce’s dramatic work The Secular Masquewas first performed in Cambridge in July 1749. There is no plot – instead there is a general discussion between gods and goddesses regarding the decline in moral values.

A ‘war’ broke out in 1750 between the rival theatres of Covent Garden (under Christopher Rich) and Drury Lane (under David Garrick). They both unveiled productions of Romeo & Juliet and the so called ‘Battle of the Romeos’ started with each theatre competing with one another for the biggest audience. The highlight of Rich’s production was the funeral procession for Juliet ‘accompanied by a solemn dirge never performed before’ composed by Thomas Arne. For his production to survive Garrick had just one weekend to quickly organise a response. He decided to put a funeral procession in his play too, with music by Boyce, resulting in larger audiences than at Covent Garden. 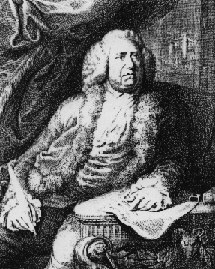 Again, on Garrick’s invitation, Boyce composed the music for another masque at Drury Lane – ‘The Shepherd’s Lottery’with words by Moses Mendez – it was well-received by audiences.

In 1752 Boyce stopped regular work for the theatres probably owing to his increasing deafness.

In 1754 David Garrick staged the play ‘Bodicea’ at Drury Lane Theatre. He cast himself as Dumnorix, chief of the Trinobantians and asked Boyce to compose new music to be played between the acts. Unfortunately, it was not a success – “there is no plot in the play”complained one critic.

After the death of Dr. Greene in 1775 Dr. Boyce was made his successor as Master of the King’s band and also as conductor of the annual festival of ‘Sons of the Clergy’ at St. Paul’s Cathedral. In his post as master of the King’s band he produced two odes each year – one to celebrate the New Year and one for the King’s Birthday. The overtures to these odes formed the basis of his ‘Eight Symphonies‘  (London, 1760) and ‘Twelve Overtures’ (London, 1770).

Upon the death of John Travers he became one of the three organists of the Chapel Royal.

Also in 1758 David Garrick wrote that, “the more I read of [the play] Agis the more I like it”. He commissioned music for the play from Boyce and it was first performed in February 1758. According to the actor Richard Cross it “went off with great applause”.The Prince of Wales saw the play on its third night and liked it so much that he paid two more visits in the following week.

To commemorate the British victories against the French in “this wonderful year” of 1759 Boyce wrote what was to become one of his most famous songs: ‘Heart of Oak’. This was written for a pantomime: Harlequin’s Invasion.

As his deafness increased, he resigned his position at St. Michael’s, Cornhill and in 1769 was dismissed from his post at Allhallows, Thames Street. He later gave up teaching and retired to Kensington Gore (his house was the third to the east of Jay Mews just west of the present Albert Hall) where he edited his now famous collection of ‘Cathedral Music’. Dr. Greene, his old teacher, had started the collection but failing health had prevented him completing it. He bequeathed it to Boyce presumably in the hope that Boyce would finish it. 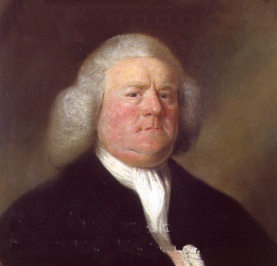 Boyce died at the age of 67 on 7th February, 1779 (of gout according to John Hawkins) and was buried under the centre of the dome of St. Paul’s Cathedral on the morning of Tuesday 16th February. The combined choirs of St. Paul’s, Westminster Abbey and the Chapel Royal sung at his funeral service, which included his anthem ‘If we believe that Jesus died’. In the arrangements drawn up for the service it states that, “After the morning service is ended, the Corpse is to be carried down to the vault during which time Mr. Jones will perform with the organ a solemn March composed by Dr. Boyce”. This was the March from his Fourth Trio Sonata and was played by John Jones (1728-1796) the Cathedral organist.
In the year following his death his wife published her husband’s ‘Fifteen Anthems and a Te Deum and Jubilate’ and in 1790 published a second volume.

The Memoirs of William Boyce written by Sir John Hawkins were published in 1788.

The composer Charles Wesley (1757-1834) said, “a more modest man than Dr. Boyce I have never known. I never heard him speak a vain or ill-natured word, either to exalt himself or deprecate another”.

Writing twenty four years after the composer’s death Charles Burney said of Boyce, “There was no professor whom I was ever acquainted with that I loved, honoured, and respected more”.

The Academy of Ancient Music directed by Christopher Hogwood

Numbers 1,4 & 7 from ‘10 Voluntaries’.
Anthem – By the Waters of Babylon
Anthem – I have surely built thee an house
Anthem – The Lord is King
Anthem – O Give Thanks
Anthem – O Praise the Lord
Anthem – O Where shall Wisdom be found
Anthem – Wherewithal shall a young man
Anthem – Turn thee unto me