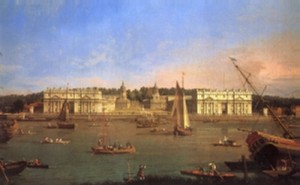 Daniel Purcell was born in 1664 – five years after his celebrated brother Henry. At the age of 14 he became a chorister at the Chapel Royal – it is recorded that payments were made to him there between 1678 and 1682. Around 1689/90 he was appointed organist of Magdalene College, Oxford where he became well known not only as a local musician but also a maker of puns and as an excellent drinking companion!

It was at this time that he began to produce some of his first major compositions including, in 1693, an ode to St. Cecilia’s Day. In 1695, the year his brother Henry died, he moved to London but managed to retain many links with Oxford by composing further Odes for St. Cecilia’s Day in 1698, 1699 and 1707. 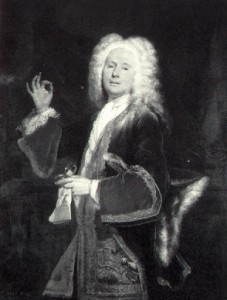 In London he wrote the incidental music for over 40 theatre plays – mostly before the turn of the century – including Cibber’s ‘Love’s Last Shift’ for the 1697-98 season. In 1697 he collaborated with Jeremiah Clarke in Settle’s ‘World in the Moon’. In 1698 he composed music to Nahum Tate’s ‘Lamentation on the Death of Henry Purcell’.

On 21st March 1700 the ‘London Gazette’ carried the following advertisement:

“Several persons of quality having for the encouragement of musick advanced 200 guineas to be distributed in 4 prices, the first of 100, the second of 50, and the third of 30, and the fourth of 20 guineas to each master as shall be judged to compose the best. This is therefore to give notice that those who intend to put in for the prizes are to repair to Jacob Tonson at Grays Inn-gate before Easter next day, where they be further informed.”

The principal person behind this venture was Charles Montagu, 1st Earl of Halifax (1661-1715) who raised the 200 Guineas to be given away as prizes for the best musical settings of the masque ‘The Judgement of Paris’ by William Congreve.

The competition was held in Dorset Gardens in March and April 1701 with 85 musicians plus singers. Congreve describing it in a letter dated 26th March 1701 to Joseph Keally, mentions the grandeur of the occasion and that, “the whole family being transplanted thither with chocolate, cooled drinks, ratafia, portico, etc., which everybody that would, called for, the whole expense being defrayed by the subscribers”. 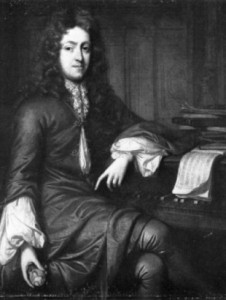 The first prize was awarded to John Weldon, the second to John Eccles, the third to Daniel Purcell and the fourth to Godfrey Finger. John Walsh in London published Daniel’s Purcell’s version.

The Judgement of Paris was also set to music later in the eighteenth century by Sammartini and, more famously, by Thomas Arne.

In 1712 Daniel Purcell gave a concert of ‘vocal and instrumental music entirely new’, at the Stationers’ Hall in London.

In 1713, at the age of 49, Daniel Purcell became the organist at St. Andrew’s Church Holborn – a position he held for the rest of his life. In the same year he published an unusual set of works – a collection of Italian style cantatas but with English words.

Many musical commentators agree that Daniel Purcell’s music has been unfairly overshadowed by that of his brother and that it accordingly deserves a much wider audience.